I live in Wisconsin, so winter weather can be challenging. But who’d have thought we’d be dealing with flooding in February? First there was cold, cold weather. Then we had 12″ of snow over two days. A week and a half later, temperatures were in the low 50s, and the snow melted, then we had heavy rains for two more days. The frozen ground meant there was nowhere for the water to go, so this is what our backyard looked like:

We were lucky. Lots of people had flooded basements and damaged cars. That was taken on Tuesday.  Wednesday, temperatures dropped and the whole thing froze. Today, Sunday, was the first day to see a measurable difference, but there’s still quite a bit of water and ice. The crock you can see at the far left is now only about 1/3 under water, and we’re finally able to get into the shed and see what was damaged. Fortunately, it isn’t too bad.

Since we’re calling Noah, here’s a gratuitous cat photo. I love this picture of Buttercup – too bad it was taken with a crappy cell phone. 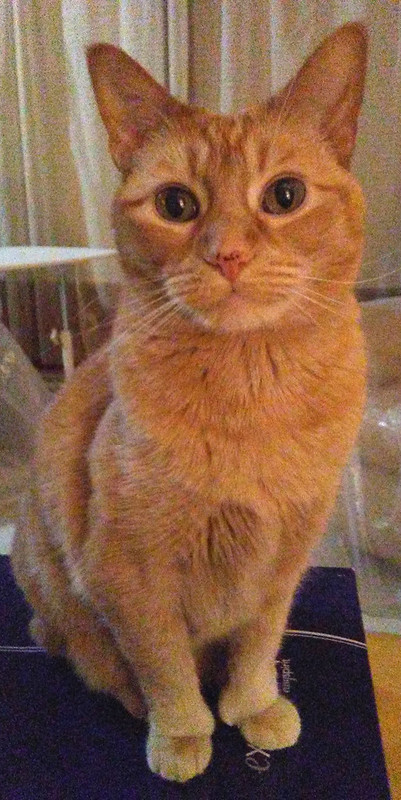