Next up in my list of Unfinished Fabric Objects: the tops that are almost done. These are the quilts that just need to have the blocks sewn together, or have just a few blocks remaining. 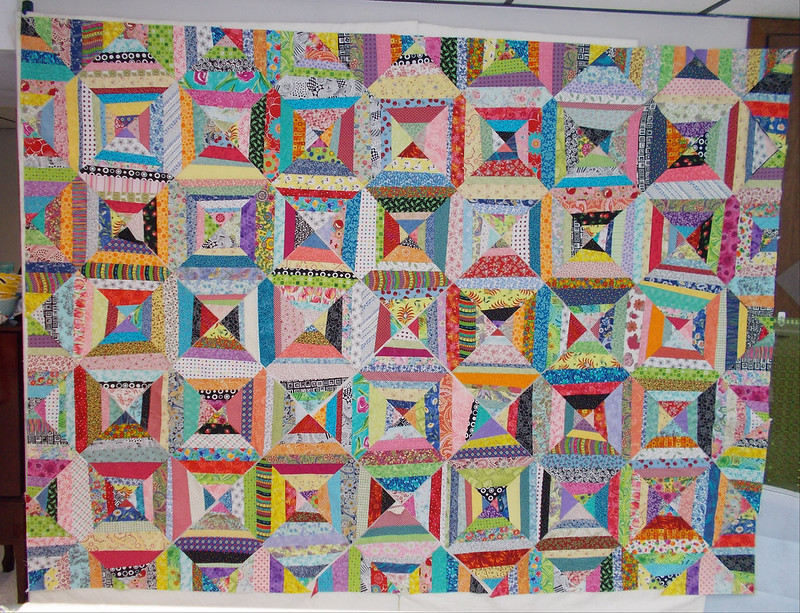 This string quilt has been languishing in a box for almost ten years. I envisioned it with white sashing, but after I got all of the blocks sewn and grouped into sets of four, I just couldn’t bear the thought of all that sashing. In fact, it’s pieced onto muslin foundations and I think the original plan was to join the blocks with sashing as you would a quilt-as-you-go top, and then use it for a summer bed cover. The sashing overwhelmed me. To make it worse, I could have had a similar effect by using a white strip at the center of each block, with a lot less pain. Then a week or two ago someone asked me about the blocks, and I had a light bulb moment. Just sew them together without sashing! It’s a bit smaller, but still big enough to put on my bed. I’ll go ahead and quilt it with batting, and then it’s done. This one is still on the design wall so I can work on it this weekend. You can read the early stages of the project here and here. 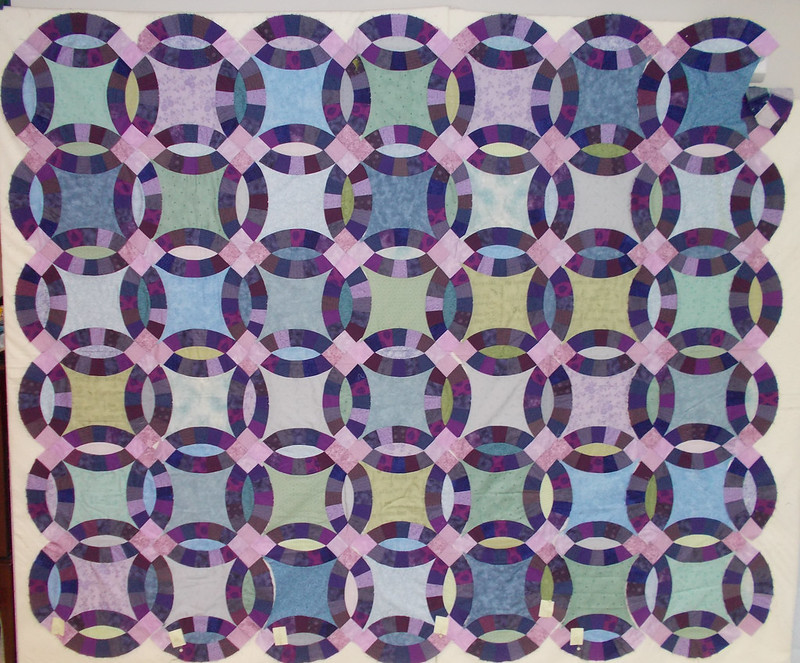 Next up, this Double Wedding Ring. I love this quilt. I’m so proud of the work that has gone into it, first in designing it in EQ with a decidedly non-traditional coloring, then in the curved piecing. It’s not perfect, and I love it anyway. All I have to do is sew the rows together and then the footballs along the right edge. I don’t like the two greens next to one another near the middle of the quilt, so I’ll switch the order of the rows. You can read about the coloring decision here and a progress report here. 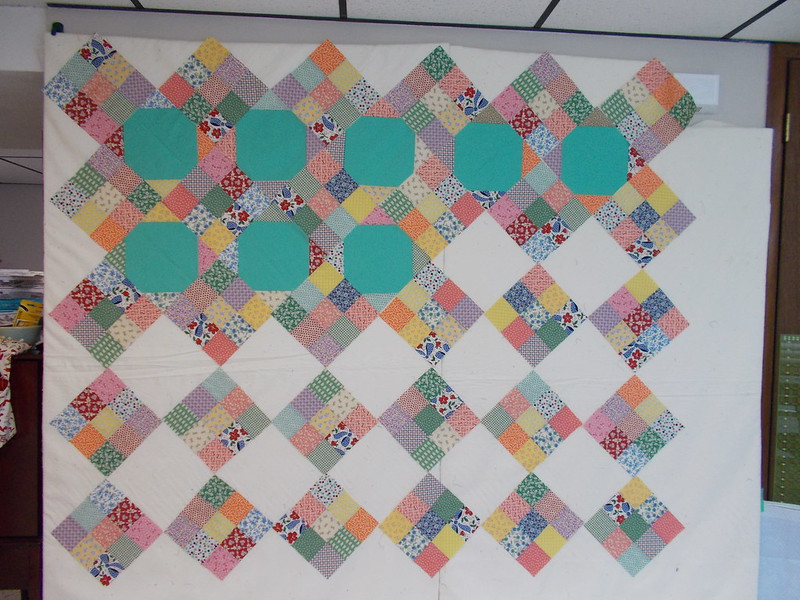 Next up is a 30s repro quilt that I started when I worked for a dinner theater to use as a prop. I made another quilt, Sister’s Choice (which you can read about here, here and here), for the previous show and they asked to use it again for a production of It’s a Wonderful Life. In my mind it just wouldn’t do to have a quilt with current fabric in a show that’s supposed to take place in the 1920s – 1940s, so I started this one… but it was needed in 10 days, and I didn’t get it done. Because TEN DAYS. Anyway, all that’s needed is 12 snowball blocks, which are already cut, and the setting triangles around the outside. I could have this top finished in a day or two, tops. If I have the fabric, I might add another row to make it actual bed sized instead of prop bed sized. (By the way, I put the blocks on as if  the quilt is lying sideways, so when I say “row” it actually would be a column in the photo.)

That’s it for now. Sadly, there’s a lot more to come…